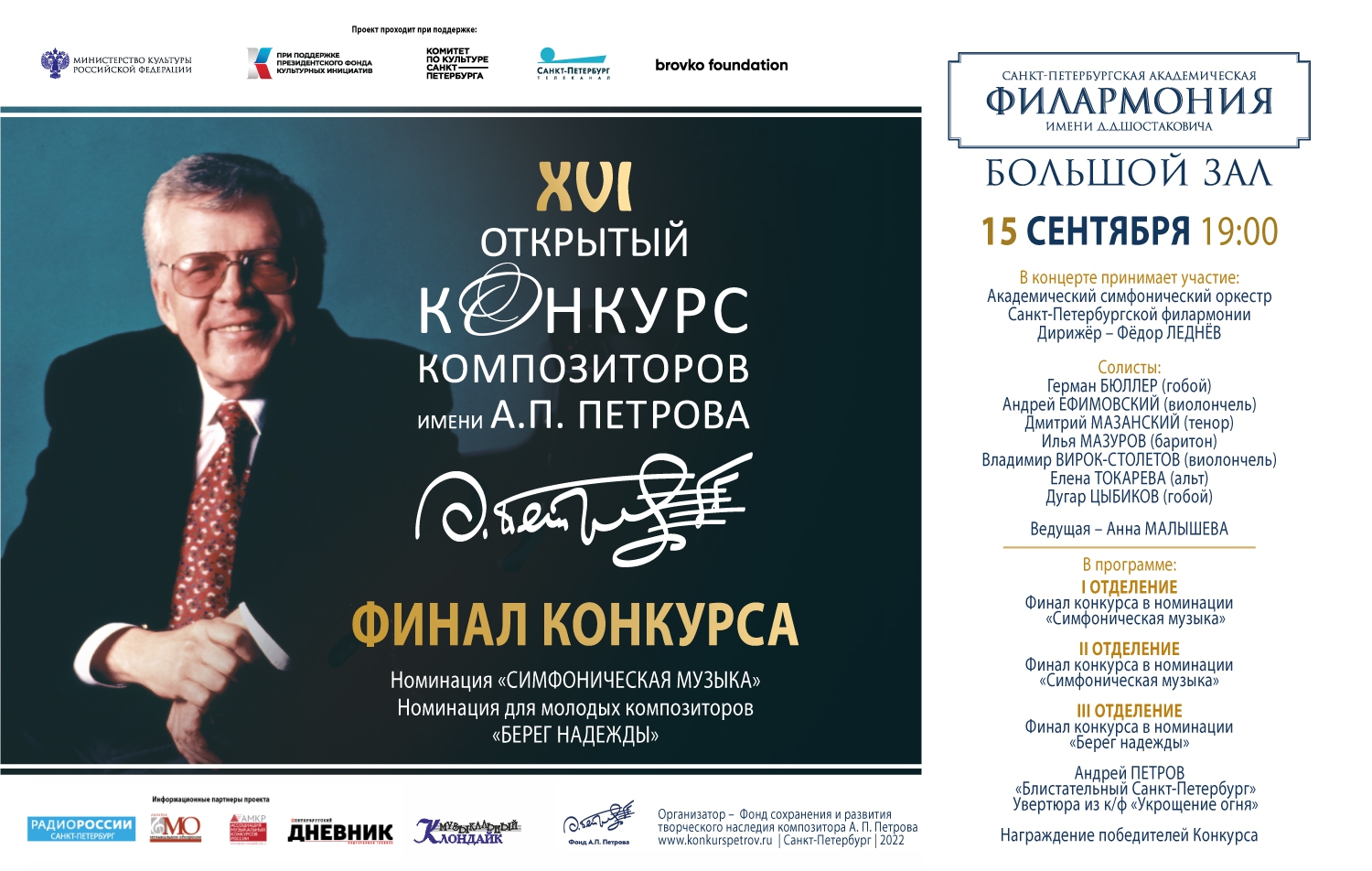 On September 15, 2022 - the FINAL of the XVI Open Competition of Composers named after A.P. Petrov. Live broadcast starts at 19:00.

XVI Open composers competition named after Andrey Petrov is held in the nomination "Symphonic music". In 2022, the organizing committee of the competition for the first time introduced a special nomination for young composers called "Share of Hope".