The final round of the competition and the awarding of the laureates:
September 15, 2022
Venue: The Great hall of the St. Petersburg academic philharmonic named after Dmitry Shostakovich

In the final round of the competition takes part
Academic symphony orchestra of the St. Petersburg Philharmonic.
Conductor - Fyodor LEDNEV

The Academic Symphony Orchestra of the St. Petersburg Philharmonic traces its history back to 1931. The team led by H. Unger and then I. Alterman began their activities as a concert ensemble, and soon was transformed into the symphony Orchestra of the Leningrad Radio Committee. Working live, the musicians performed a diverse repertoire.

The orchestra was the only symphonic group that remained in besieged Leningrad. On August 9, 1942, performed by the musicians of the Leningrad Radio Orchestra under the direction of K. Eliasberg the Leningrad premiere of D. Shostakovich's Seventh Symphony was performed in the Great Hall of the Philharmonic. In total, during the blockade, the team performed more than 300 times.

In 1953, the Orchestra received the status of the Philharmonic. It was led by N. Rabinovich, K. Eliasberg, A. Jansons. In 1962-1963, I. Stravinsky and B. Britten performed their compositions with the orchestra. S. Bodo, I. Markevich, K. Mazur, L. Maazel, E. Svetlanov and G. Rozhdestvensky also performed at the panel of the collective, V. Cliburn, S. Richter, E. Gilels, I. Stern, I. Menukhin, D. Oistrakh, M. Rostropovich, D. Shostakovich soloed. In 1965, the collective performed abroad for the first time, in Finland. In 1968, the orchestra was headed by Yu . Temirkanov. The conductor played a crucial role in the orchestra gaining recognition abroad - the band toured in Bulgaria, the Scandinavian countries, the Netherlands, Japan and the USA.

In 2021, the Academic Symphonic Orchestra of the St. Petersburg Philharmonic celebrated its 90th anniversary. The anniversary of the orchestra was dedicated to programs from the repertoire of N. Rabinovich, K. Eliasberg, A. Jansons, A. Dmitriev, who led the orchestra in different years. 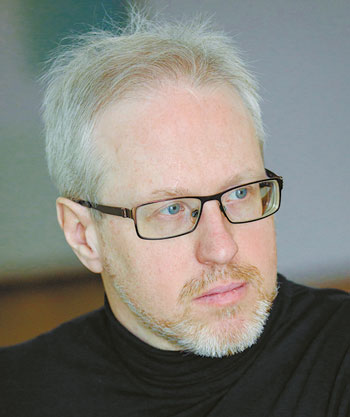 Graduated in 1995 from the St. Petersburg State Conservatory in the choral conducting class and in 1998 opera and symphonic conducting. Since 1995 he has been teaching at the St. Petersburg Music College named after Rimsky-Korsakov. As a vocalist, he took part in productions of ancient and modern operas. Among the parties: Latin - «Aeneas in Lazio» by J. Sarti, Orpheus - «Orpheus» K. Monteverdi, Kaufman - «Jacob Lenz» by V. Rome. As a guest conductor, he collaborated with leading orchestras of Russia, including the Russian State Orchestra named after E.F. Svetlanov, the Russian National Orchestra, the Academic Symphony Orchestra of the St. Petersburg Philharmonic, the choir and orchestra of Music-Aeterna and others. Since 2019 conductor of MusicAeterna. Fedor Lednev participated in the productions of the operas at the Perm Opera and Ballet Theater such as «Wozzeck» by A. Berg at the Bolshoi Moscow Theater, «MedeaMaterial» by P. Dusapen, and «Nosferatu» by D. Courlandsky. Performs modern academic music. Permanent conductor of the ensemble «eNsemble» (St. Petersburg) and the Moscow ensemble of contemporary music, performs with the «New Music Studio» and the GAM ensemble (Moscow), the ensembles «Nostri Temporis» (Ukraine), KNM (Germany), «Phoenix» (Switzerland). He participated in the first performance of more than 200 works written by Russian and foreign composers. Laureate of the Nation Theatre Award «Golden Mask» as part of the production team of the ballet «Paquita» (Ural Opera Ballet, Ekaterinburg, 2019).