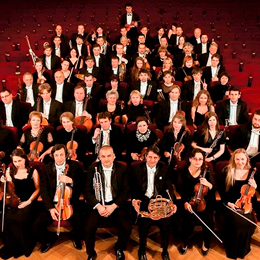 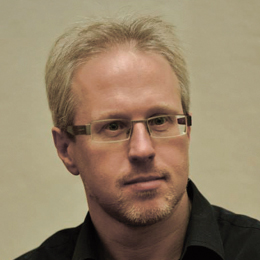 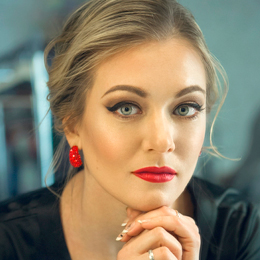 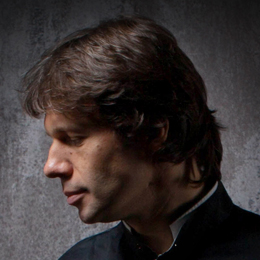 The orchestra was founded in 1967 by outstanding Leningrad conductors N. Rabinovich, K. Eliasberg, E. Grikurov. Until 1985 it was called the Old and Modern Music Orchestra. The name of the collective was determined by the repertoire policy: the performance of rarely sounding works of different musical styles and eras, attention to the works of contemporaries. The bright pages of the collective's life of this period are associated with the name of the remarkable conductor Eduard Serov, who led the orchestra for over 10 years.

Under his leadership, the orchestra toured hundreds of cities in the USSR and many countries of the world with concerts, recorded dozens of records, participated in prestigious festivals, and firmly took the third position in Leningrad after two famous philharmonic orchestras. Outstanding soloists and conductors have performed with the orchestra: Y. Temirkanov, M. Jansons, S. Richter, N. Gutman, E. Obraztsova, G. Sokolov and many others. From 1985 to 2004, the well-known Russian musician Ravil Martynov was the chief conductor of the orchestra. In the early 1990s, an active tour of the Russian period of the band's history begins - successful tours to China, Japan, Germany, Austria, Mexico, Spain, Finland, Norway, Sweden, France, Belgium.

Graduated in 1995 from the St. Petersburg State Conservatory in the choral conducting class and in 1998 opera and symphonic conducting. Since 1995 he has been teaching at the St. Petersburg Music College named after Rimsky-Korsakov. As a vocalist, he took part in productions of ancient and modern operas. Among the parties: Latin - “Aeneas in Lazio” by J. Sarti, Orpheus - “Orpheus” K. Monteverdi, Kaufman - “Jacob Lenz” by V. Rome.

As a guest conductor, he collaborated with leading orchestras of Russia, including the Russian State Orchestra named after E.F. Svetlanov, the Russian National Orchestra, the Academic Symphony Orchestra of the St. Petersburg Philharmonic, the choir and orchestra of MusicAeterna and others. Since 2019 conductor of MusicAeterna. Fedor Lednev participated in the productions of the operas at the Perm Opera and Ballet Theater such as «Wozzeck» by A. Berg at the Bolshoi Moscow Theater, «MedeaMaterial» by P. Dusapen, and «Nosferatu» by D. Courlandsky. Performs modern academic music. Permanent conductor of the ensemble «eNsemble» (St. Petersburg) and the Moscow ensemble of contemporary music, performs with the «New Music Studio» and the GAM ensemble (Moscow), the ensembles «Nostri Temporis» (Ukraine), KNM (Germany), «Phoenix» (Switzerland). He participated in the first performance of more than 200 works written by Russian and foreign composers. Laureate of the Nation Theatre Award «Golden Mask» as part of the production team of the ballet «Paquita» (Ural Opera Ballet, Ekaterinburg, 2019)

Elizaveta Sveshnikova was born in Leningrad in 1987. Graduated from the conductor-choral and vocal faculties of the St. Petersburg Conservatory. Participant of master classes by Elena Obraztsova, Natalie Dessay, Giuseppe Sabbatini, Angelo Gabrieli, Ildar Abdrazakova. Winner of the Grand Prix of the I All-Russian Competition of Vocalists "Italian Nightingale" in St. Petersburg, I Prize of the International Competition Alion Baltic in Tallinn, the special prize of the International Competition Le Grand Prix del'Opera in Bucharest, finalist of the International Competition of Opera Singers Competizione Dell'Opera in Linz. As a member of various choral groups, she has repeatedly participated in concerts and festivals with such outstanding conductors and musicians as Yuri Temirkanov, Nikolai Alekseev, Valery Gergiev, Alexander Dmitriev.

From 2015 to 2017 she taught academic vocal at the International Academy of Music of Elena Obraztsova. In June 2017, she performed at the Tchaikovsky Concert Hall in Moscow in the solo part of the soprano Requiem by Mozart together with the orchestra and chorus of the Perm Academic Opera and Ballet Theater ‘MusicAeterna’ under the baton of maestro Theodor Currentzis. She performed at the Verdi Hall of the Milan Conservatory, where she took part in the premiere of Respighi's opera La Bella Dormenta nell Bosco, as well as on the stage of the Bolshoi Theater in Moscow, becoming the first performer of the title role in the first Russian Baroque opera Cephalus and Procris by Francesco Araya. Since 2018, she has been a soloist of the Perm State Academic Opera and Ballet Theater. P.I. Tchaikovsky.

Rodion Zamuruev is a Russian violinist, laureate of major international competitions, associate professor of the Moscow Conservatory, artistic director and soloist of the Mobilis Ensemble of Soloists. Was born in Petrozavodsk. In 1993 he graduated from the Moscow State Conservatory named after P.I. Tchaikovsky (class of Professor I.V. Bochkova), in 1996 - postgraduate studies in the class of Professor I.V. Bochkova.

Rodion Zamuruev actively gives concerts not only in Russian cities, but also in many foreign countries. His repertoire spans over three centuries of music, from the Baroque era to the present. An important part of his work is his collaboration with leading Russian symphony orchestras, such as the State Academic Symphony Orchestra. E. Svetlanova, the Russian National Orchestra, the Moscow Symphony Orchestra, as well as the leading philharmonic orchestras of the regions of Russia. The musician's repertoire includes over 40 concertos for violin and orchestra, including rarely performed ones. The violinist is invited as a soloist by Russian symphony orchestras to tour Europe and Asia.

Rodion Zamuruev is the author of cadenzas for a number of famous violin concerts, in particular, for violin concertos by Brahms, Paganini, Khachaturian. The ensemble of soloists Mobilis, created by him in 2002, is one of the most demanded collectives in Russia. The ensemble's repertoire, covering all eras and styles of classical music, is widely represented in numerous CDs.